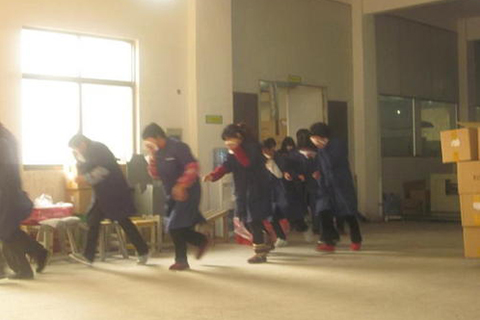 Recently, the fire in Australia has killed four people. The fire has been going on for many days and the fire risk is still rising. Since the second half of this year, the fires on the earth have been burned from the Amazon rainforest to California, and then to Okinawa, Japan. Until now, the fire has been overwhelmingly warning of natural changes. Since August this year, the number of field fires detected worldwide has reached 79,000, compared with only 16,000 in the same period last year. A few days ago, a fire broke out in a factory in Dongguan, China, killing one person and injuring seven others. Whether it is a wild fire or a factory fire, it will pose a serious threat to people's lives and property, and the importance of fire hazards is also a problem that every company must face.

Since the beginning of November in northern China, dry, less rain and strong winds have been the main features of this season and also the help of fire. More than a month ago, our factory organized a fire safety knowledge training meeting and organized a fire hazard investigation after the meeting. This month, the factory organized workers to conduct a practical fire drill. Before the exercise, the factory leaders carefully planned and organized the exercise, and defined the specific steps of the drill, the duties of the leaders, and the evacuation route. As the fire alarm sounded, the evacuation and escape drill officially began. The workers covered their nose and mouth with a wet towel and bent down to evacuate the evacuation channel in an orderly manner to the safety zone outside the factory. From the signal to the evacuation, it took 2 minutes and 15 seconds, and the whole exercise was tense and orderly.

Subsequently, the factory director summarized the fire drill. He first affirmed the fire safety drill. The workers took it seriously, were nervous and orderly, responded quickly, and took a short time to retreat. After that, the workers were once again stressed the importance of factory safety production. Life is heavier than Mount Tai, safety is above everything else, and it is safe and arduous. In daily normal production, it must be tight and secure. The fire drills organized by the factory not only further strengthened the fire safety awareness of the workers, but also helped everyone to familiarize with escapes, evacuate routes, master correct escape methods, and improve their ability to fight emergencies. However, our aim is to kill fire hazards in the bud, and to prevent the occurrence of fire accidents from the root cause.

Our Xinxiang Yulong Textile Co., Ltd. has been producing and selling all kinds of protective fabrics and garments mainly based on flame-retardant fabrics and flame-retardant garments for many years. It is our duty to protect the personal safety of workers and to be more vigilant in the safety of their own factories. Safety production, starting from me, Xinxiang Yulong Textile Co., Ltd. always guards you.