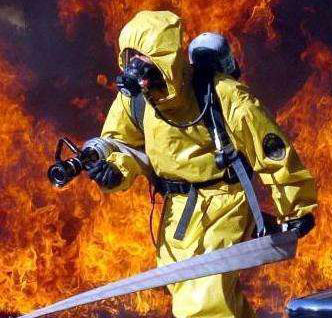 The burning of fabrics has always been considered a major hazard: indeed, most fibers and fabrics play an important role in everyday life (like for transportation, automotive industry, protective clothing, military, furniture upholstery, bedding and pajamas), they are all flammable and potentially hazardous materials. The development of Flame retardant fabric has also arisen, and chemical substances (so-called flame retardant) have been developed to reduce the risk of fire by inhibiting the fabric from catching fire or reducing the rate of flame spread. From a “historical” point of view, the use of flame retardant in plastics and textile fabrics has undergone a major evolution: recently, the use of certain types of high-performance flame retardants has caused environmental problems, Many governments paid more and more concerns, the researchers have led to the design of more efficient and environmentally friendly products. Therefore, in the past 30 years, most high performance halogen or formaldehyde based flame retardant fabric have been banned or restricted for commercial use, thus favoring the use of phosphorus containing products. .

At the same time, different, novel strategies have been devised and are being used; in particular, the following three methods show the most interesting results: (i) the use of nano composite synthetic fibers, (ii) the introduction of nano scales into conventional backcoats. Particles, (iii) depositing a (nano) coating on the textile substrate. Till now, (nano) coating methods have focused on the use of ceramic protective layers or flame retardant fabric, either alone or in pairs. Therefore, it employs different methods such as nano particle adsorption, layer stacking, sol-gel and dual-cure processes, and plasma deposition.

Recently, when biomacromolecules such as proteins (whey proteins, casein, hydrophobins) and deoxyribonucleic acid (DNA) are deposited on cellulose or synthetic matrices such as cotton, polyester or cotton-polyester blends, Shows unexpected flame retardant/inhibiting properties. The use of some biomacromolecules (such as casein and whey protein) as flame retardants has obvious advantages because they can be considered as waste or by-products of the cheese and milk industry; on the other hand, despite the current cost of DNA High, but due to recent large-scale development, that is, the extraction and purification of DNA from salmon and fish oocysts, it has become competitive with other chemicals.

These biomacromolecules can be applied to the impregnation/depletion process of Flame retardant fabric (this is a typical fabric weaving process) or layer-by-layer process, starting with aqueous solutions/suspensions to develop a remarkable green technology.

The mechanism by which these biomacromolecules can impart flame retardancy to fabrics is still under investigation. However, the flame retardant effect of these green macromolecules seems to be attributed to their chemical composition and their interaction with the underlying fabric, which helps to form a stable protective charcoal ( carbonaceous residue) when heated or in contact with the flame. This limits the exchange of oxygen and flammable volatile products, thereby increasing the flame retardancy of the fabric.

More specifically, casein and hydrophilic molecules (containing a phosphate group and a disulfide group, respectively) are considered to be effective flame retardant fabric systems for cellulose substrates because these components can affect the pyrolysis of cellulose to form carbon. In addition, whey protein has good film-forming properties on cotton fabrics, and its ability to adsorb water vapor is strong, indicating that its flame retardant performance is better. Compared to proteins, DNA exhibits uniqueness and specificity because it contains one of the three major components of an expansion formula in one molecule. In particular, expansion is the result of charring and foaming of the surface of the burning polymer, which protects the underlying material from heat or flame. Expansion is considered to be the most effective method of replacing halogen-based flame retardant fabric because it can interrupt the self-sustaining combustion of polymeric materials. Due to the phosphate group, it is capable of producing phosphoric acid, a deoxyribose ring as a carbon source and a blowing agent (they may dehydrate to form carbon and release water upon heating) and a nitrogenous base capable of releasing ammonia (guanine, adenine, thymine and Cytosine), DNA treated cotton fabrics can achieve outstanding self-extinguishing properties.

Although these methods have great potential in the field of flame retardancy, they are still under study. At present, the application of biomacromolecules as flame retardants faces a challenging problem, that is, the possibility of large-scale adjustment of the technology, which is the key to assessing its further industrial development. However, the efficiency of these bioprocessing technologies, as well as the environmental and safety issues associated with them, point to a new path for the development of flame retardant finishing systems for new Flame retardant fabric.